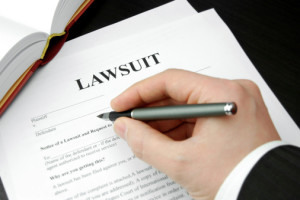 The El Tour de Tucson race is America’s “longest perimeter bicycling event.” This race attracts thousands of cyclists to take part in long-distance cycling events ranging from 40 to 104 miles. However, even during such a popular event, injuries can occur. Recently, the organizers of the race and Pima County have settled a personal injury lawsuit dating back to a bicycle accident during the 2008 race.

In 2008, William Wilson turned his vehicle onto Westward Look Dr. from West Ina Rd. during the El Tour De Tucson race, colliding with 10 bikers. Five of the riders suffered injuries, including Gary Stuebe, whose injuries resulted in irreparable brain damage, epilepsy, and an inability to return to his position at work. Shortly before the incident, the officials in charge of traffic control at the site had manually adjusted all the lights at the intersection to show green, as well as removed a traffic cone meant to prevent turns onto Westward Look Dr. Following the crash, Wilson fled the scene. The crash was classified as a hit-and-run incident; two days later, Wilson’s attorney, Michael Bloom, provided authorities with the driver’s identity.

After the race, Stuebe’s wife and four of the other injured riders filed personal injury lawsuits against Wilson, Perimeter Bicycling Association of America, Inc., and Sheriff Clarence Dupnik and Deputy Muriel McGillicuddy, both of whom were acting as traffic control at the scene of the incident. The resulting settlement awarded $3.5 million to Gary Stuebe, which will be paid by the race organization’s event insurance policy and Pima County, for whom the Sheriff and Deputy were working at the time of the crash. The results of this personal injury lawsuit will provide Stuebe with the financial security he needs, due to his inability to return to his former work position after his injuries.

If you have been injured in Tucson, Hameroff Law Group will help you receive the compensation you deserve. You can reach us by phone at (520) 792-4700, or visit our website to learn more about our personal injury attorneys.